DESCRIPTION
There are several archaeological findings dating back to 846 AD and 1200 BC that confirm the presence of winemaking activities in the Montecarlo area. The first written anamnestic bearing the names of the “Montecarlesi taverners” can be traced back to 1371 when they used basic grapes, such as Trebbiano Toscano and Sangiovese.

It was the end of the 1800s when a Montecarlian winemaker carried out a careful study of French vines, experimenting with various foreign varieties, which were added to the basic ones. This marked the birth of what eventually became Monte Carlo DOC.

On 1st October 1985, by decree of the President of the Italian Republic, the Controlled Designation of Origin of "Montecarlo Rosso" was officially recognized. The vine varieties included are: 50-75% Sangiovese, 5-15% Canaiolo Nero, 10-15% Ciliegiolo, Colorino, Malvasia Nera, Syrah, Cabemet Franc, Cabemet Sauvignon, Merlot (either individually or jointly).

PAIRINGS
Throughout the entire meal.

FLAVOR
Dry, round and velvety.

Back to Red wines 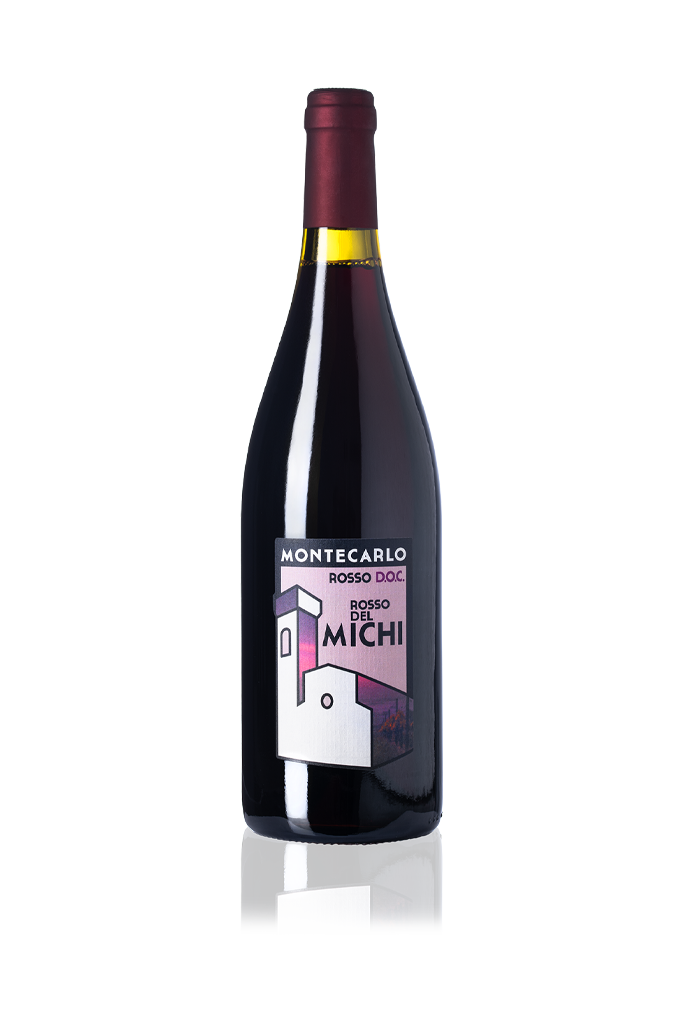